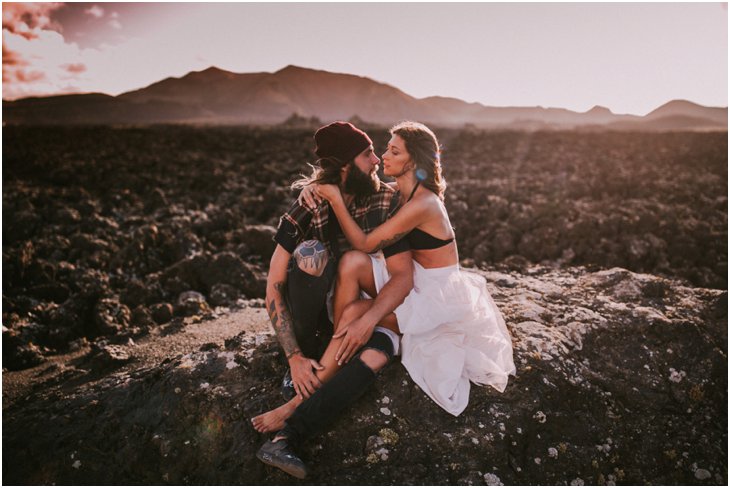 Jo and I already were in contact since last year, when I was in Lanzarote. Sadly we didn’t find time to go shooting then, but as soon as I knew I would travel back to this place, I contacted him again. It was pleasant to read how excited both him and his Kenzie were, to go out for a shoot. As their English in our messages was kinda perfect, I already suspected he was not Spanish. So I got to know their story, which always excites me…

Jo is half Italian, half Welsh (Italian father and Welsh mother) and he spent the majority of his childhood with his parents in Monaco, where his dad was a chef in a restaurant. He studied in the UK, and eventually ended up together with his parents in Lanzarote, where his father is a chef as well. He met up with Kenzie already once in Europe (I don’t recall where anymore), and later, his mother encouraged him to go visit her in Canada, where she was living, which he did. He spent some time with her and her family before he planned to go traveling in the country, but after 2 weeks, they started dating and didn’t split up anymore ever since.

She moved with him back to the Canary Islands, where they live happily together since 2 years or so. They got legally married last year and plan to have their big wedding party next summer in Canada. So basically I can’t call this an engagement shoot, but I decided to do so, cause these 2 stunners never did a real pro shoot couple shoot before and they just look so gorgeously stunning.

In fact they were too cool for my lens. I was so happy I could capture their true love. We drove around Timanfaya National Park, enjoyed the amazing sunset light and the black sand of Playa Quemada when sun was almost gone. I danced around and enjoyed every single moment of this magical shoot.

It’s always interesting to shoot strangers, that’s what we as photographers usually do. The thing is, you always have an idea made up in your mind how you think people will be, and you often change your view when you really get to know them. The vibe and soul of Kenzie and Jo especially was very interesting to me. They lived their young life, so full of happiness, so eager to pursue what they believe in. Without complex situations, without much luxury. They live on this tiny island, riding their motorbike, and do what they love to do. As they described it afterwards, when we shared a good paella after the shoot, “we live the life of old people, and we are totally happy”. For me, it was amazing to hear them speak with so much more wisdom in their words, when you compare them to other 20-somethings.

Around 9pm they went home, and we (my friend Jeanine and I) went back to our AirBnb. I was super excited about the past day and couldn’t stop myself from looking at the pictures. Doing these kind of shoots keep me creative and inspired to go further and get better, and always fuel me up!

So let’s go out, and let’s do crazy stuff together! Contact me with your awesome ideas, I’m sure we can create some cool memories together!

* Warning. Muchos Photos. Sorry not sorry. These two are just too stunning, you’ll see what I mean.